As of Wednesday, cryptocurrency trail-mixer Tornado Cash’s smart contract addresses that were sanctioned by the Specially Designated Nationals and Blocked Persons (SDN) list maintained by the U.S. Office of Foreign Assets Control (OFAC) Control would not be frozen. Tether gave the following reasons for the choice:

“So far, OFAC has not indicated that a stablecoin issuer is expected to freeze secondary market addresses that are published on OFAC’s SDN List or that are operated by persons and entities that have been sanctioned by OFAC. Further, no U.S. law enforcement agency or regulator has made such a request despite our near-daily contact with U.S. law enforcement whose requests always provide precise details.”

Tether noted that it might be “extremely disruptive” and “reckless” to arbitrarily freeze wallet or smart contract addresses. The issuer warned that this might put additional evidence-gathering at risk, prompt fund liquidations or abandonments, and notify suspects of an upcoming law enforcement inquiry.

Interaction with the USDC and Ethereum smart contract addresses of the digital currency mixer listed on the SDN list is forbidden and is subject to severe criminal penalties for anyone who do. Tether, a Hong Kong-based issuer, does not, however, accept customers from the United States or carry on business there, despite the fact that it voluntarily complies with some U.S. laws.

Tether also highlighted concerns over Circle’s earlier this month unilateral decision to freeze Tornado Cash smart contract addresses. Tether claims that the USDC’s decision to ban Tornado Cash smart contracts was hastily taken and may have compromised the efforts of other regulators and law enforcement organizations worldwide. The company notes that Tornado Cash wallets were not frozen by Paxos or Dai, two other stablecoin issuers with U.S. bases. The penalties became effective on August 8. 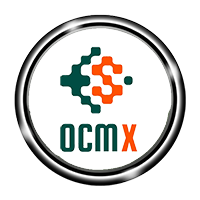 Leave your thoughts in the comments below.